Elfquest, its characters, logos and all related indicia are trademarks of Warp Graphics, Inc. All original artwork on this site may not be used or reproduced without the express permission of the owner.

Crescent fascinates readers because so little is known about her. Few can resist the allure of a beautiful and talented young woman who dies young and upon whom we, the readers, can project our own stories. She is the very essence of potential.

Fact: Crescent was the first-born child of Moonshade and Strongbow.

Fact: Crescent died young, likely in her late teens or early twenties*, at the spears of two humans who had been chastised for allowing another elf to escape them.

*Crescent's first scene in "Wolfrider!" shows her to be in the beginning of puberty, likely 13-15, with her wolf-friend still a pup. When we next see her, a young human male has gone from pre-pubescence (likely 11-12), to young adulthood (facial hair, but still slightly coltish). Based on the changes to the human, I estimate 4-8 years have passed.

Fact: Crescent was a proficient archer "worthy of her father's birthright", like her father and father's mother before him.

Fact: Crescent was an accomplished spear-fisher.

Fact: Crescent was spirited. Not only did Bearclaw refer to her as "sweet, spirited cub", but we see her ready to take on the whole human tribe for the theft of her bond-friend.

Speculation: Pike and Crescent were lovemates, as it was only Pike, her father Strongbow, and her chief Bearclaw that pursued her when she was suspected dead.

Fact: Her wolf-friend was Windchaser, who as a cub was kidnapped (and later rescued) by humans, and later outlived Crescent.

Speculation: Crescent appeared in ElfQuest because a guest-writer misremembered which female wolfrider had a long-dead daughter (it was Clearbrook, not Moonshade). 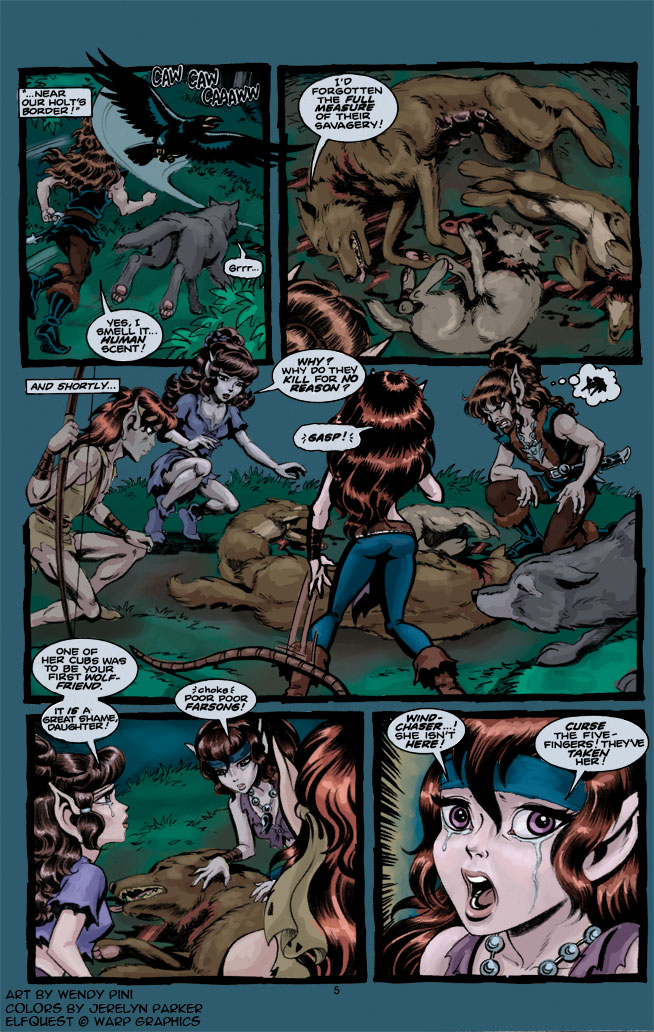 sniiiiiiiip! (I only colored the parts with Crescent in'em) 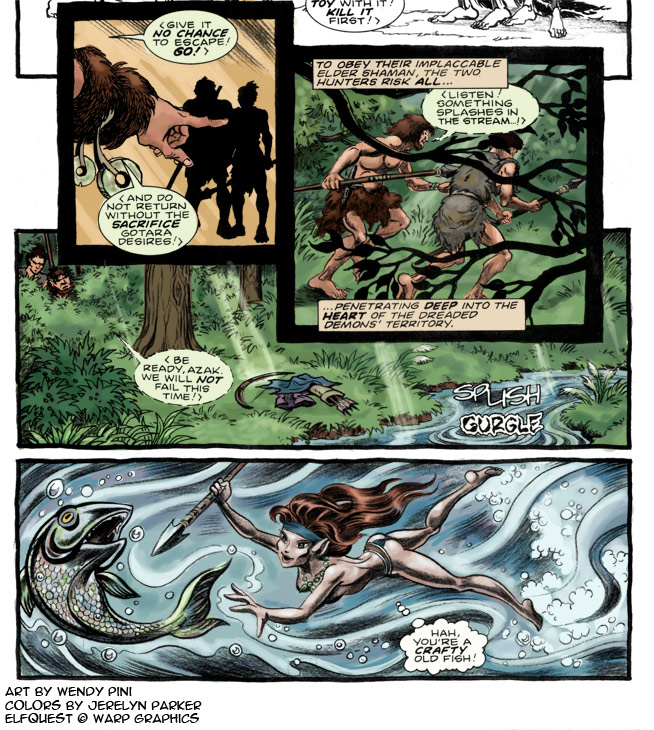